The annual High Bisque AC tournament run by the Croquet Academy was held at Southwick on 8/9 July.

The Salver was presented by Pat Shine over 31 years ago!

We had a very small entry this year which was sad but does emphasise the reduction in Association players. Plus there was a large Golf Croquet tournament at the weekend so …............!

Anyway we had some very good, close matches – all games were 18 point and were played with full bisques to a base of 8.

The winner with 4/5 wins including 2 peg outs was Ann Beard. Ann and her husband Nick have been regulars at the event so it was good that Ann should take the trophy home. Robyn Clark and Mark Walsh (playing for the 1st time at Southwick) had 3 wins.

The event is 'supervised' in that we are available for advice and to de-brief players after each of their early matches. We also offer advice on shots and tactics.

My thanks are due to all the players and particularly to Morgan Case for his assistance and ideas. The lawns were superb – thank you Ben!

The tournament is good fun and friendly, and you will learn a lot so give it a go next year!

There is a new course running on 6th June: an AC Coached Games Day suitable for those with handicaps of 16 or higher, or for those new to the game of AC and with no handicap yet.

Cancelled due to lack of demand:

The Coaches Training Course for Club Coaches on 4-5 April is now full. An additional course is being run on 8-9th April.  Full details here.

The Academy is running a second GC Referees Rule Refresher Course on 15th April 2019, due to very strong demand for this course. Check the course prospectus for further details.

Apologies from the Webmaster who made a typing error in the course details and entry system. The course GC Moving Towards A Level Play is on 25th April, not as originally indicated on this website. No need to enter again if you already did so as the Course Administrator will be in contact.

If you looked here and didn't like the date - look again!

There was a good entry of 18 players with handicaps ranging from 14 to 24. Unfortunately, one player had to drop out on the morning of the 30th as his wife was ill so a little problem arose! An odd number of players. This was solved by the generosity of SCCC members, David Marcus and Gerald Gooders, who gave some players a game over the 2 days.

Everyone was able to play 6 x14 point games over the tournament.

The event was run as a flexible Swiss- we ended up with 5 players on 4 wins – Anne Bolland (now an 11), Nicholas Beard, Isobel George, Ann Beard and Janet Hoptroff.

The winner was Carol Driver from Purley Bury with 5 wins- well done Carol. She has played in the event before and has participated in some Academy courses and made full use of her bisques to make breaks, so a worthy win.

Many thanks as ever to the coaches who assisted and gave sound advice at the end of the games- Clive Hayton, Morgan Case, Hilary Smith and Deborah Marcus.

Thanks to Southwick for providing excellent catering and lawns.

Finally, my thanks to all the players who helped to make the tournament friendly and fun. Plus, they played some good croquet!

Everyone who is on our email mailing list has been asked to say whether they wish to remain on the list in future. If you are currently on the list you will have received an email.

Some people are finding they can't answer in the boxes provided. As this is an email you need to click Reply first. Not to worry, just answer anywhere you think is clear, in the text or in your reply eg just write Yes to both at the top.

The replies are being read by a human (me!), not a computer so it will be understood and acknowledged.

The annual AC High Bisque Tournament was held on 31 July/1st August at Southwick.

We had 16 players in the draw – the format was changed this year and we did not have a 'very high bisquer' section. Anyone with an AC handicap of 14 or more could enter. The handicaps ranged from 14-22 so a good mix.

We also decided to make all games 14 point so players had a chance to peg out! A lot did so it worked well! There were 3 games on both days so a lot of play which is what people want.

The coaches role changed – we went over openings, laws, etc. in the classroom, then the coaches took charge of a lawn. They were available for questions on the laws or adjudicating possible faulty shots, and they de-briefed players at the end of each game.

The play was very interesting with some excellent 4-ball breaks-we were so pleased to see players taking that on board as the easiest way to get round the 6 hoops!Some players need consolidation with the shots and tactics- plenty of courses available for that!

Anne and Janet were victorious and so played in the final. Anne had won all her games so was the slight favourite, but Janet triumphed in the end with some brilliant roqueting and hooping – 14 v 11.

Well done Janet – the winner of the High Bisque Salver!

Janet and Anne also had handicap reductions from 16 to 14.

Congratulations to all who participated. Everyone improved!

My grateful thanks to Clive Hayton, Katharine Minchin, Jonathan Isaacs and John Munt for their coaching skills and support.

Thanks to the SCCC for the excellent lawns and food.

We had brilliant weather with sunshine and blue skies. A very enjoyable, and productive 2 days.

Did anyone take a photo during the Competition?
Please email to Webmaster 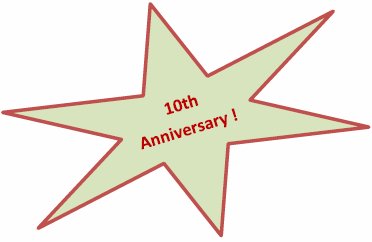 The prospectus of courses for the 2017 season - our 10th anniversary year - is published today.